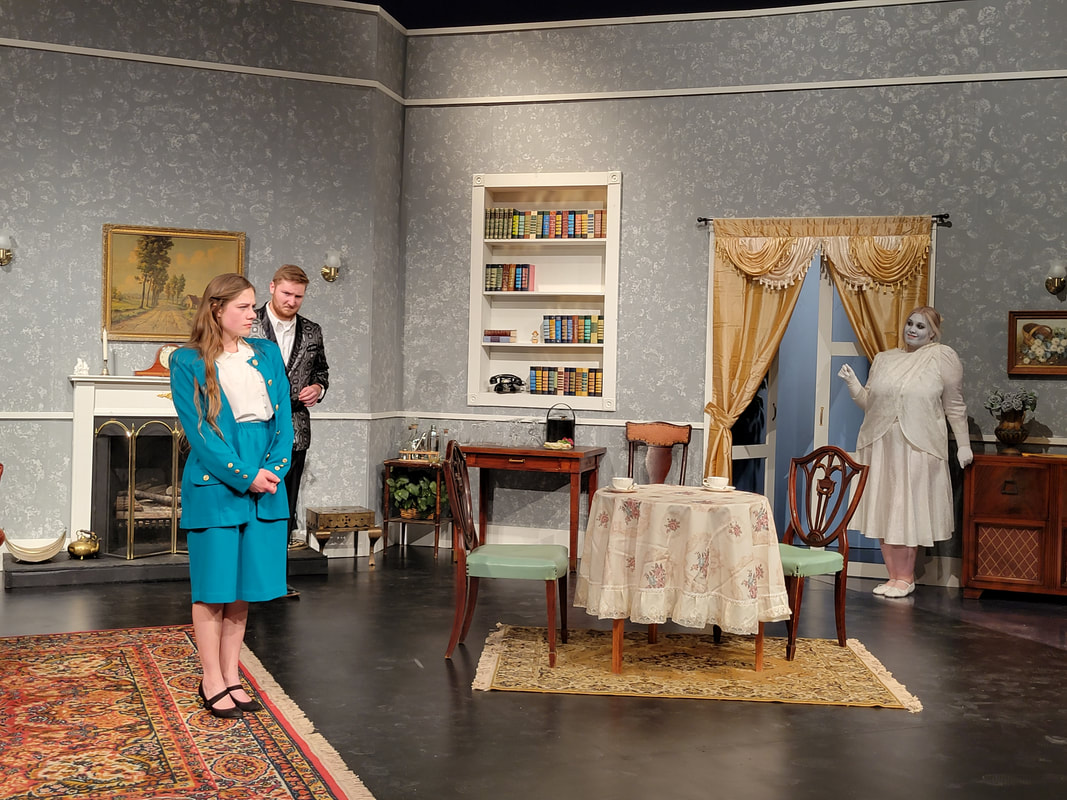 The York University Theatre Department will present Blithe Spirit, the timeless comedy about the ghost of a fussy novelist’s first wife that runs amiss in his new marriage — in four performances Oct. 20-23.

Written in 1940 by Noël Coward, one of the great playwrights of the last century, Blithe Spirit is witty, intellectual and a good story. Despite being written almost a century ago, the play may be even more timely today.

The play centers around the cranky socialite novelist Charles Condomine, played by Elias Dallmann, who invites an eccentric medium to conduct a seance at his home as research for his next book. The medium, Madame Arcati, played by Allison Myers, accidentally summons the ghost of Charles’ first wife, Elvira, played by Leah Lane-Embray, who causes trouble in his new marriage.

“The show gets funnier the more we do it,” shared Kelsey (Beck) Coppinger, who plays Edith. “The audience will have to come twice to catch all of the jokes.”

Director John Baker is in his 26th year at York University.  Blithe Spirit is his 77th show directed on the YU stage. Dalton Brandt is the assistant director.

The seven member cast also includes Samara Hannel, Eli Lane-Embray, and Mallory Myers. This will be the last main stage show for Coppinger.

The show will be held at the Bartholomew Performing Arts Center located at 1098 E 10th St #1000 on the York campus.
RESERVE TICKETS